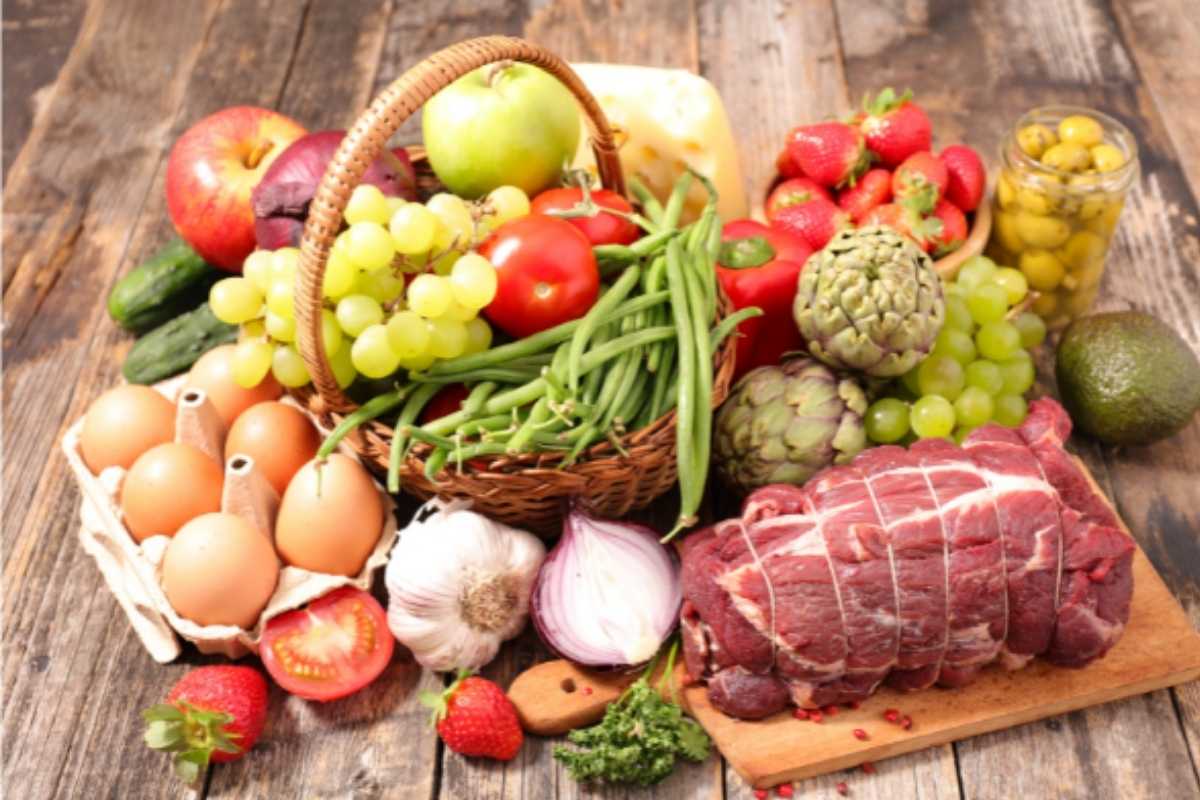 Let’s be real. The term “organic” is a confusing one. We learned in our grade school science classes that something organic is made up of carbon. So what does it mean, when we are talking about organic foods? Not only do we have organic produce, but then there is also organic meat. “Organic” has become a buzzword. People have started to use it in reference to produce that was originally grown without the use of pesticides.

This makes sense but then how would it apply to meat? Does “organic meat” simply mean meat that was raised with feed that is free of pesticides? Or is there more to it than that? And then there is the whole issue of genetically modified organisms, called GMO’s for short. Where does that come into play in the whole concept of organic foods? As you can see, organic food is not a simple subject.

Read on to find out what organic food actually is, a comparison of organic versus non-organic, benefits of organic food, information about genetically modified organisms, chemicals, and pesticide exposure, what the dirty dozen and clean fifteen are, and tips for keeping the cost of organic within your budget.

What Is Organic Food?

Food is considered to be organic when it is grown and processed a certain way. Regulations are different from country to country. In the United States, food must be grown without using synthetic pesticides, genetically modified genes (i.e., they cannot be GMO’s), or synthetic fertilizers based on petroleum or sewage sludge in order to be considered organic.

That goes for produce, but what about livestock? Animals raised for their meat, eggs, milk, and other dairy products need to have access to the outdoors and be fed organic feed to be considered organic. These animals must also not be given antibiotics, growth hormones, or animal byproducts.

If a food is non-GMO does this mean that it is also free of pesticides? Not necessarily.

Some sources agree that farming management practices associated with the cultivation of herbicide-tolerant crops deplete biodiversity of the farmland and lead to the evolution of herbicide resistant weeds.

Organic food is purchased fresh from farmers. With other supermarket produce, on the other hand, we don’t know how long things have been stored before being put on the shelves, nor how long it is on the floor. Produce from overseas may have been traveling for a long time before it has even arrived in the United States, let alone made it to the supermarket. How fresh can it be?

If you purchase at your local farmers market your fruits and vegetables were probably picked the day before or that morning. You can’t get any fresher unless you grow it yourself.

#2 – It Is Free from Chemicals and Pesticides

Farmers who follow organic principles do not add chemicals to improve growth or speed up the ripening process. Organic fruits and vegetables follow the seasonal cycle and are only available when they grow naturally. In our consumer-driven society, people expect each and every product all year round which leads to fruit and vegetables being grown outside of their season. They are more likely to require chemicals to aid their growth in that situation. But which would you rather eat: a gigantic, perfect looking apple full of chemicals and with little taste, or a deliciously unperfect-looking apple that looks as nature intended without the chemical input? Do you know what these chemicals that you are ingesting are? And the effects they may have on your body?

Organic food is free from genetic modification. How do we know that genetically modified food is safe for consumption or the effects it can have on our bodies? The short answer is that we don’t. Eating real, organic food is the only way we know for sure that we cannot be negatively affected.

Certain fruits and vegetables grow at certain times of the year. It’s nature’s way, and it is more significant than you may think. By eating organic food, you are eating what’s in season and what produce grows best during that time. Believe it or not, nature’s food is actually designed to support your body best at the times they grow. Winter vegetables like potatoes, pumpkins, carrots, and leeks are excellent for warming, anti-bacterial soups and stews. Summer vegetables and fruits like cucumbers, watermelons, and pineapples have amazing hydrating properties. It is no coincidence that this produce is available when it is.

#5 – It Is Healthier for You and More Nutrient Dense

If you look back at the previous benefits, you cannot be surprised to learn that produce is healthier when it is fresher, seasonal, tastier, and free from chemicals and GMOs. All signs point to yes. The sooner you eat fruit plucked from the tree and the less time it has had traveling or sitting around waiting to be eaten, the more nutrients it retains.

Organic produce typically comes directly from local farmers to you. It saves time, expense, and packaging. When we purchase local organic food, we decrease our carbon footprint by decreasing the amount of fruits, vegetables, and meat that is shipped around the world via plane and truck. We are also not putting dollars into big supermarket chains if we buy directly from the farmer. Our money goes straight into the pockets of local producers and it saves you the cost of transport and packaging. We also consume less plastic bags which is always a win for sustainability and the environment.

As I have mentioned, organic products come from local farmers. It’s good to know that you are supporting American farmers and that your money is not going to big business conglomerates. There is no doubt that by purchasing from local farmers you are supporting the American economy and, hopefully, if more people buy, a higher demand means lower prices and more products raised.

#8 – It Preserves the Environment

By buying organic you support seasonal produce which puts less pressure on our environment. It is easier to grow the natural way. By purchasing organic, we also ensure that no chemicals are being put into our air, water, or soil. If we want to preserve our world for future generations, we need to make changes now to ensure its longevity.

The “dirty dozen” is a list created by the Environmental Working Group each year to determine which 12 foods should be eaten in their organic forms since they seem to be most affected by pesticides. The dirty dozen are as follows:

The “clean fifteen” is another list, also created by the Environmental Working Group each year. This outlines which 15 foods are safe to be consumed in their non-organic form. The clean fifteen are as follows:

Tips for Keeping the Cost of Organic Food Within Your Budget

One of the major concerns of people wanting to eat organic is the higher cost of organic food. Organic foods, in most instances, tend to be more expensive due to the fact that organic production is labor intensive. However, there are ways of keeping the cost of your grocery bill down.

Buy Non-Organic When You Can

Since non-organic foods tend to cost less, you don’t need to go to the organic section for your “clean fifteen” foods. These are usually safe when consumed in their non-organic form. For example, you can buy non-organic avocados, but you’ll want to make sure you get organic tomatoes.

Shop At Your Local Farmers’ Market

Since they usually sell their products at a lower price than the grocery stores do, it’s always best to buy your organic products at the farmers’ market. Farmers’ markets typically have organic produce, meat, and dairy products. But, be careful. Not all farmers adhere to organic practices. If it isn’t posted, be sure to ask, particularly when it comes to the dirty dozen.

Try joining a co-op in your area. A co-op works by offering lower prices to members, who pay an annual fee to belong to the co-op. Look for a natural foods co-op.

At a CSA farm, individuals and families come together to buy produce in bulk form. They usually purchase directly from organic farms in the area, so this results in products that are both local and organic.

Shop around! Check out the grocery store, your local farmers’ market, and the freezer aisle, which usually can have organic offerings that are within budget from time to time.

We hope that we were able to clarify the muddy waters surrounding everything organic for you. The topic of organic food is relatively new and so educating yourself on the subject is important. Concerns around non-organic foods will likely continue to rise over the coming years.

At Nectar Farm Kitchen we think globally and act locally. Our mission is to create a dining experience that centers on sustainable, health-conscious, locally-sourced, delicious cuisine. We can all be advocates for healthy, sustainable living, not to mention the satisfaction we get from helping our local farmers, economy, and environment. Join us for breakfast, lunch, or dinner. 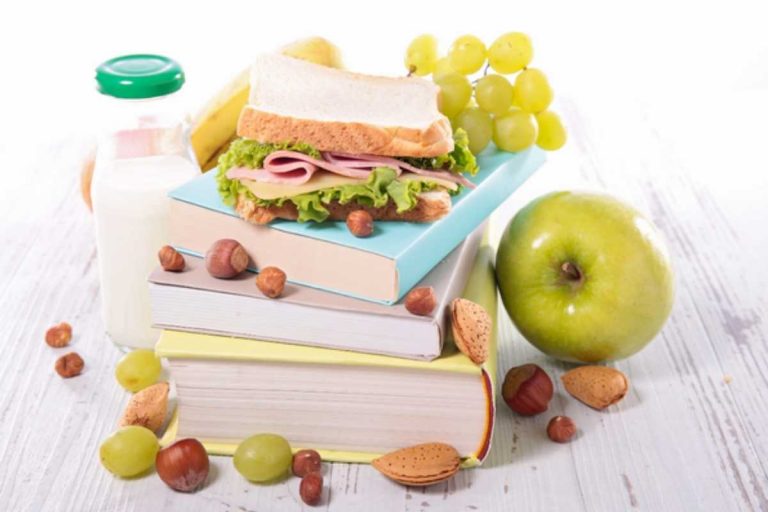 Want to learn more about sustainability, farm-to-table, and where your food comes from? We’ve put together a list of 7 of our favorite books touching on these issues. Hopefully, we will pique your interest enough that you will read one of the selections (of course you’re welcome to read them all). 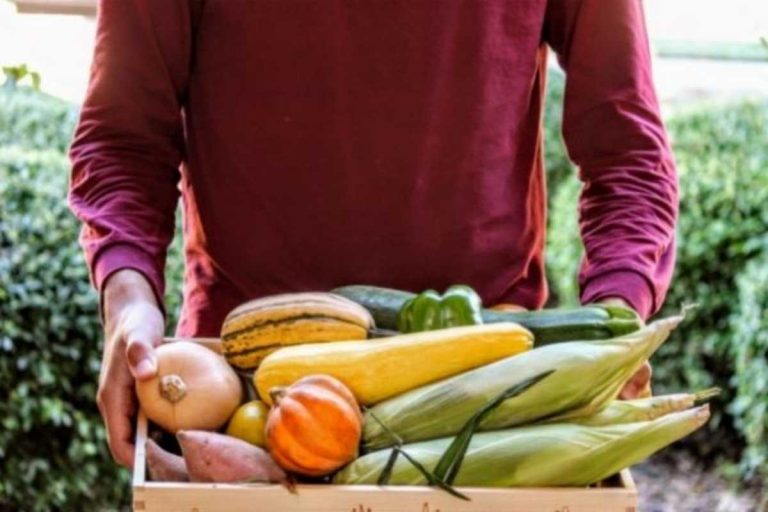 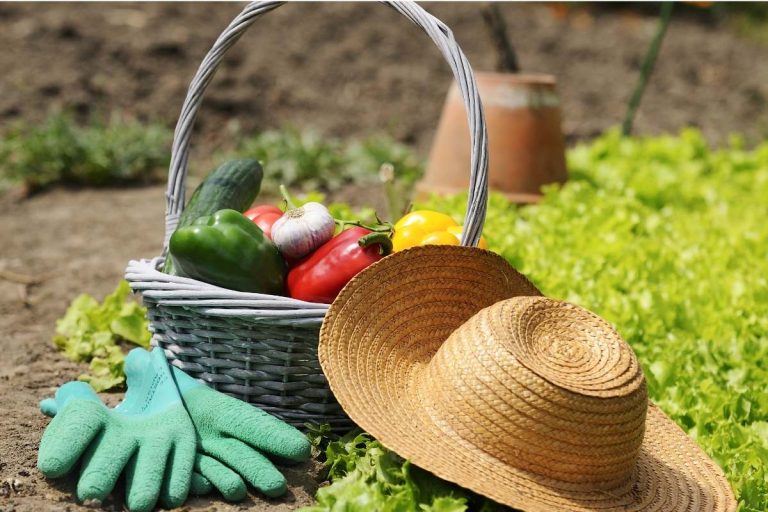 We decided to compile a list of other farm-to-table restaurants that we admire. And as an added twist, each restaurant is located on a working farm. 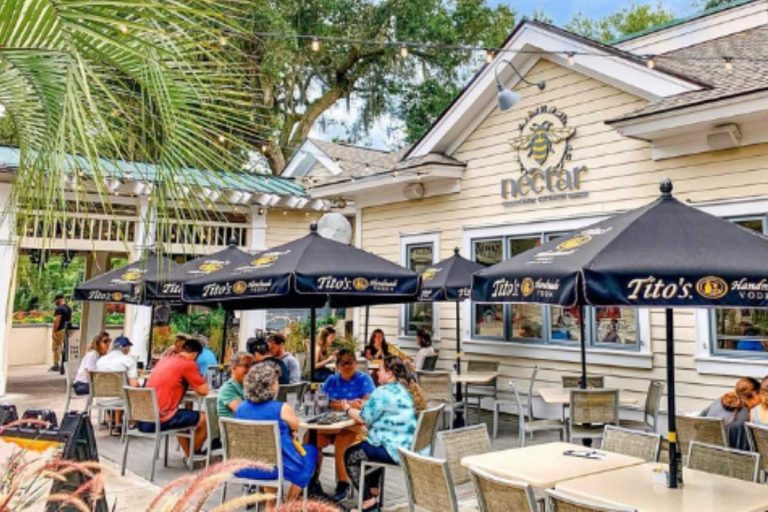 Heading out for lunch with some friends? Maybe looking for a nice evening out on the town? Wondering which restaurant to visit for dinner?